So who is Steve Sweeney?

How does he know about this relationship stuff?

If you want a more formal introduction to my work history and qualifications scroll down the page or CLICK HERE!

I’m in my late 50’s, with a wife and two kids (I often say to people I got a daughter for my 50th birthday!) plus I have a son in his twenties, from
my first marriage.

It’s been a long and arduous path learning about relating. My journey on the path of relationships has covered the whole emotional rainbow!

The highs have been filled with love, light, joy and ecstatic pleasure. While the lows have been many – often with deep dark submersion’s into the most hidden, hideous, corners of my psyche – revealing such grief and depths of despair, that often it felt like I would not come back.

Starting from a place of being an angry, numb, cut-off, disconnected & scared young man. I’ve travelled most relationship options there are;

I’ve been single and painfully lonely. Single and loving it. I’ve lived with a few women, in committed relationships. Experienced serial monogamy, ‘living in sin’, marriage, separated, divorced – have been a separated dad for the past 17 years.

Jumped into polyamory for nearly 4 years, with a nearly one year journey in celibacy, in the midst.

Nowadays, I’ve been with my partner for over 14 years and we have two children together. Living life being a dad again, in my 50’s.

It’s been quite a journey!

When I look back on ‘who I used to be in relationship’ — I wonder that I had any relationships at all. As I used to be very dysfunctional, needy, dishonest with myself and partners, and emotionally numb & cut off.

One of the things I’ve learned is it’s never too late to begin, or re-start the journey in learning more about being in successful in relationships. The amazing thing about relationships is, they give us such a massive opportunity to learn about ourselves.

If this sounds like something you want to learn more about, watch the video below.

In deep appreciation for your time today. Thank you.

ABOUT STEVE- an overview of professional history

Steven. R. Sweeney has been fortunate in living a rich and varied life, on both a professional and personal level. This has given him a broad ranging set of professional skills that enables him to be very effective in supporting people who want some type of change in their lives.

He has studied Complementary Medicine and spent over 17 years as a Massage Therapist and Body Worker, which included over 14 years in private practice & offering massage in Sydney’s Five Star Hotels. 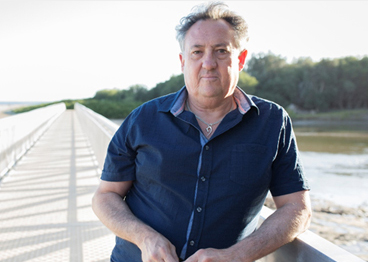 After an aimless, wandering journey through the jobs landscape in his twenties, trying to find his niche, or at something that inspired him to dedicate himself to learning. Steve jumped headfirst into a full-time course in Naturopathy.

This is where he discovered he was gifted with hands that excelled at massage and touch therapies, along with a gift for being able to hear, receive & hold space for people, experiencing deep feelings.

This is also where he met his first spiritual teacher, who taught techniques which changed Steve’s life in many ways and altered his view of what reality is for the rest of his life.

He naturally began working for one of Sydney’s long time Osteopaths in St Ives, which carried on for nearly six years.

His private practice at this time offered massage/somatic healing & counselling, as well as contracting in Sydney’s Five Star Hotels as a Massage Therapist, for over 12 years.

After being part of many personal growth groups, workshops and training’s, between 1988 to 1995, he set his sights on learning how to facilitate groups and workshops.

This led to being part of the inaugural training by the Institute of Group Leaders (IGL), which was followed by being ‘apprenticed’ at Relationships Australia (RA) in their Relationships Education Program, where he was trained as a facilitator – leading to facilitating Men’s Domestic Violence Programs.

In 2002 he began working for UnitingCare Burnside at North Parramatta, as the Group Worker.

His role included organising and planning the Parenting Group Program each school term, for the team of Counselors and Psychologists in the Family Work Program (FWP), he was part of. As part of his role, he facilitated 6-8 parenting and Father’s groups each week of the School term.

The highlights of this period are:

In the transition from the FWP, Steve began contracting to Probation and Parole, in Blacktown, NSW, where he was hired to facilitate Men’s Domestic Violence Program and Anger Management groups, with great success.

He also was the lead author on developing a Domestic Violence Awareness Training, for the NSW Attorney Generals Department at this time.

2009 is where Steve’s career trajectory takes a sharp turn in an unexpected direction. After years of positioning himself for a role as a Trainer/Speaker in the Business sector, it became very apparent a new pathway was opening in front of him.

Teachers, opportunities, guidance and support came unbidden, to re-direct Steve onto the the path of Tantra & Sacred Sexuality.

For the next Five years he facilitated tantra workshops, sessions and seminars.

After 30 years of being a Wholistic Therapist of one sort or another, Steve finally learned there is Wholism, when our sexual energy and desires are not included.